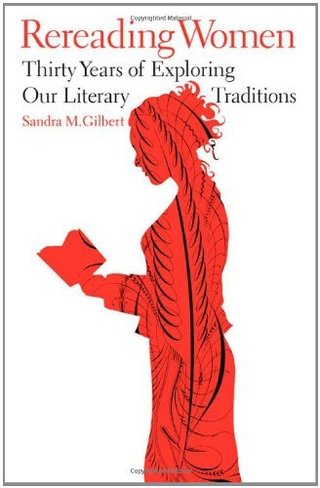 "We think back through our mothers if we are women," wrote Virginia Woolf. In this groundbreaking series of essays, Sandra M. Gilbert explores how our literary mothers have influenced us in our writing and in life. She considers the effects of these literary mothers by examining her own history and the work of such luminaries as Charlotte Brontë, Emily Dickinson, and Sylvia Plath. In the course of the book, she charts her own development as a feminist, demonstrates ways of understanding the dynamics of gender and genre, and traces the redefinitions of maternity reflected in texts by authors such as Elizabeth Barrett Browning and George Eliot.

Throughout, Gilbert asks major questions about feminism in the twentieth century: Why and how did its ideas become so necessary to women in the sixties and seventies? What have those feminist concepts come to mean in the new century? And above all, how have our intellectual mothers shaped our thoughts today?

Sandra M. Gilbert's Rereading Women: Thirty Years of Exploring Our Literary Traditions is ... the summation of a life's work in the arena of ideas. Gilbert is one of the icons of second-wave feminism and the co-author of "The Madwoman in the Attic" (1979), a foundational document in the history of feminist thought ... Whether deconstructing the myth of Sylvia Plath, which was "launched like a queen bee on its dangerous flight through everybody's psyche," or redefining Emily Dickinson as "quite consciously in a great tradition of women writers who have scorned patriarchal male definitions of what is important," Gilbert practices a criticism that is careful, precise and methodical in its execution and radically, almost joyfully, revisionist in its intention. For all of the political and cultural gains made since these essays first appeared, many women still find themselves "marginal and silent tenants of the cosmic mansion" of literature. In its fierce pride and unapologetic polemics, "Rereading Women" stands as antidote, weapon and manifesto. - Michael Lindgren, The Washington Post

A dazzling collection of essays from one of the great literary critics and influential prose stylists of our time. - Elaine Showalter

I am moved to claim for these essays by the always incisive Sandra Gilbert a distinctive place in the critical canon of feminism. Her work is a comfort to me now, as it has been for some thirty years, in our increasingly dark time. - Harold Bloom

Rereading Women is the story of Sandra Gilbert and other unruly women riding the second wave of feminism right into the decorous halls of academe.... If you've ever uttered the disclaimer 'I'm not a feminist but...,' after closing this book you'll never apologize again. - Susan Fraiman

This exciting book belongs in the hands of anyone with a love or interest in women's writing. The new writing in it—autobiographical, historical, literary, critical—is as pleasurably readable as anything Sandra Gilbert has previously given us. Combined with classic essays from the last three decades, the fresh and revised pieces of this collection provide an engaging classroom text and a vital resource for both teachers and scholars of women's writing and feminist theory. - Holly Laird